Arrival at Yangon International Airport in Myanmar, after passing through the immigration, and airport procedure, welcome by local English speaking guide. Transfer to Hotel.
Then you will have a sight visit in Yangon city: Walking tour; this tour can offer you to see the busiest street of Yangon. Start from Sule Paya in the middle of downtown and walk to the historic post office, passing by Mahabandoola garden, Independence Monument and Strand Hotel along the way. Visit Little India and Chinatown, a colorful cacophony of restaurants, temples and markets.
Visit to Chauk-htat-gyi Buddha: visit to 70-meter long reclining Buddha statue and its monastic compounds. Your guided tour goes to Kandawagyi Park, one of central Rangoon’s greenest spots. Here you will see the glittering Karaweik barge, a replica of the royal barge, and the vast lake with views of Shwedagon in the background.
Continue to Shwedagon Pagoda: visit to the 107 metres high golden Stupa of Shwe Dagon Paya will glitter in the evening. The golden stupa is the ‘heart’ of Buddhist Myanmar. It is believed to be 2,500 years old and the central stupa is surrounded by dozens of intricately decorated buildings and statues. There are always many Myanmar people praying and making offerings at Shwedagon, and it’s a fascinating place to spend time watching the world go by.
Overnight stay at hotel in Yangon.

Breakfast at hotel. Then you will travel through the delta and over the Sittaung River to Kyaikhtiyo. It will take about 5 hour driving from Yangon. Underway, small stop in Bago.
On the way to Kyaikhtiyoe, you will explore the city of Bago, an ancient capital of Myanmar in the reign of King Bayingnaung during 16th century and of the Hanthawadi Kingdom for many centuries under the Mon and Myanmar Kings.
The visit in Bago begins at Shwethalyaung Temple which houses a beautiful 55-meter long reclining Buddha. Continue to the Mon-style Shwemawdaw Pagoda, one of the most venerated in Myanmar and whose 114 meter spire is taller than the one at Shwedagon Pagoda.
Continue to Kyaikhtiyo. From Kinpun, the pilgrimage road runs 10 kilometers to the 1200 meter high pagoda on the famous Golden Rock. You will be transported on a truck to a camp from which it is only approximately one hour on foot to the Golden Rock. At the summit, a simple but romantic and beautifully located hotel awaits you. First visit to the Golden Rock in the soft light of late afternoon, it is the best time for taking pictures there.
Overnight stay at hotel in Kyaikhtiyo
** you will be back with the truck to the Kimpum base camp if you choosed Base Camp Hotel. Overnight. **

Breakfast at Hotel. Then enjoy the panoramic view around the mountanious. Then start of the return hike in the morning and then truck transport to Kinpun and overland back to Yangon. (If you choose base camp hotel, you will check out and overland back to Yangon after breakfast.) Connect to your flight to Mandalay. Transfer to hotel. Overnight stay at hotel in Mandalay.

Breakfast at Hotel.
Mandalay was a Burma’s last royal city where the last Burmese dynasty had to surrender at the end of the 19th century when the British expanded their Colonial Empire. Mandalay is well known for its skilled craftsmen who are still using the traditional methods. Mandalay offers you not only Pagodas, it offers handicrafts visit such as gold pounding, wood-curving, bronze and marble Buddha making, tapestries and puppet making places are there for you to visit.

Mandalay’s variety of sights is impressive –
Mahamuni Buddha Image: housing the country´s holiest Buddha image, century-old and legendary Arakan Buddha, made of pure gold. 4m-high seated image is cast in bronze, but over the years thousands of devout Buddhists have completely covered the figure in a 15cm-thick layer of gold leaf.
Shwe Nandaw monastery: the famous fine traditional Burmese Golden Monastery, the only one building still existing from more than one hundred once standing on the palace grounds of Konbaung kings.
Kuthodaw Pagoda: these are inscribed on 729 marble slabs showing the entire Tripitaks, the Buddhist scriptures and commemorating the Fifth Buddhist World Council at the end of last century.
Mandalay Hill: if you are still feeling fresh, you might climb up to the top of Mandalay Hill for a bird´s eye view (or take the elevator). Overnight stay at hotel in Mandalay.

Breakfast at Hotel. Today you will drive ca. 4.5 hours to Bagan through the sun-parched plain with Palmyra palms to the Mountain of Deities. Stop at Mt. popa, there you will climb the huge volcanic rock on a staircase to see shrines for nats (celestial spirits of Burmese mythology) and small temples for Lord Buddha. It will take you about 20 minutes to reach the top of Mount Popa (Sanscrit word for Flower) and you will pass by many small food stalls and small drugstores selling herbal medicine. And then continue drive to Bagan. Drop at your hotel, overnight stay at hotel in Bagan.

Breakfast at hotel. Bagan, the first and most beautiful capital of the Burmese, founded in the eleventh century by a great king. Along with Angkor in Cambodia, this is the most important temple and pagoda complex in Asia. But we will avoid hectic tourism and will show you the most beautiful temples and pagodas, leisurely but in detail:
Shwezigon Paya: One of the oldest stupas in Bagan area built by the great two kings Anawrahta and Kyanzittha. The construction was started by King Anawrahta, but the project was not completed until the rule of King Kyanzittha. The Stupa’s graceful bell shape became a prototype for virtually all later stupas over Myanmar. It is known as the site where the 37 pre-Buddhist nat were first officially endorsed Burma monarchy.
Wetkyi-in Gubyaukgyi Temple: a perfect Indian-style temple, you will see hundreds of frescoes illustrating the jataka-stories of the previous lifes of Lord Buddha.
Htinlominlo Pahto: built by King Nantaungmya in 1218. Inside the 46m-high temple, there are four Buddhas on the lower and upper floors. Traces of old murals are also still visible.
Ananda Pahto: whose interior seems almost Gothic and is considered to be the most beautiful among all the temples of Bagan. Facing outward from the centre of the cube are four 9.5m standing Buddhas. Then transfer to the airport for your evening flight to Yangon. Transfer to your hotel.
Overnight stay at hotel in Yangon.

Breakfast at hotel.
Option: Bogyoke Market: where you can see all kind of souvenirs available.
Transfer to the airport to catch the departure flight to Colombo.

Flight details can be booked according to your preference.

Above package is only a sample of what we can do. Please contact us with your requirements. 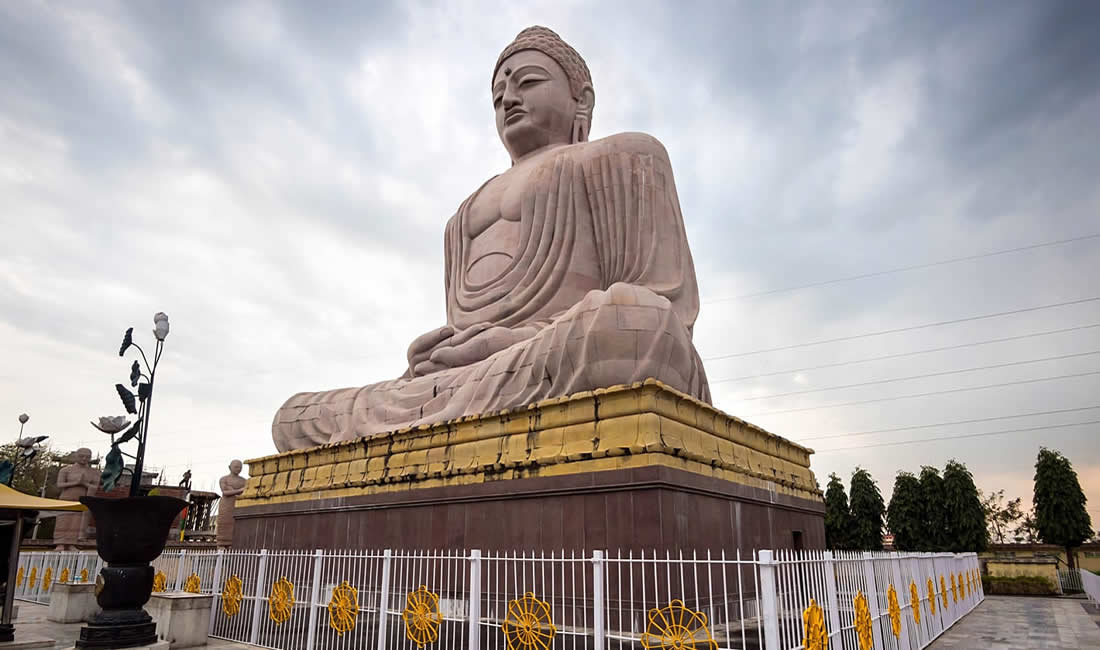 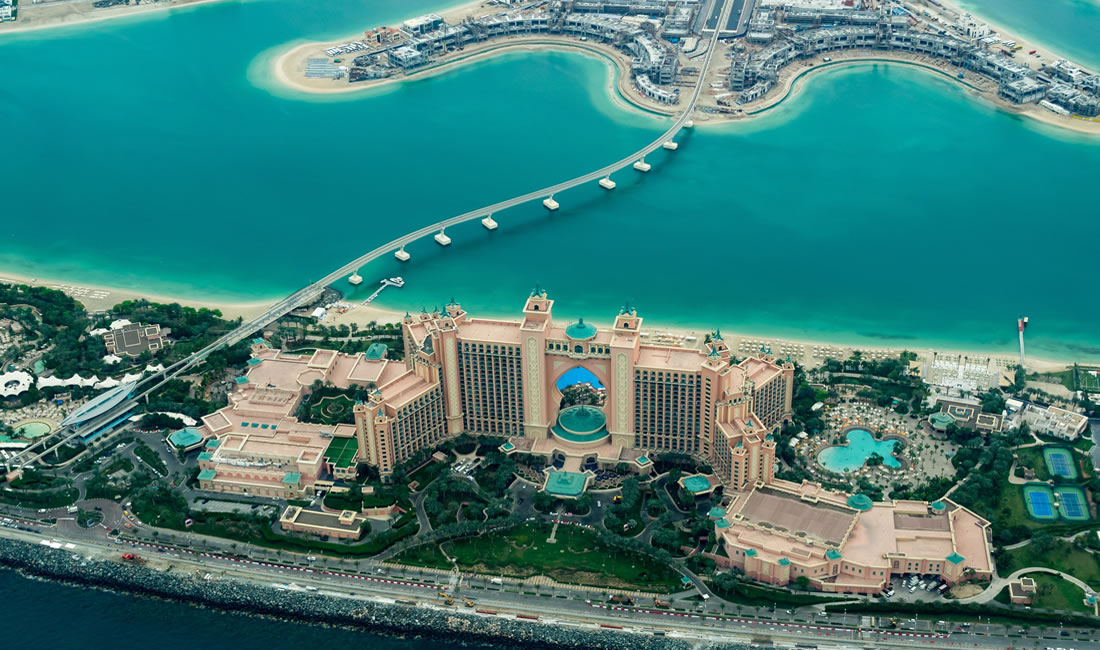 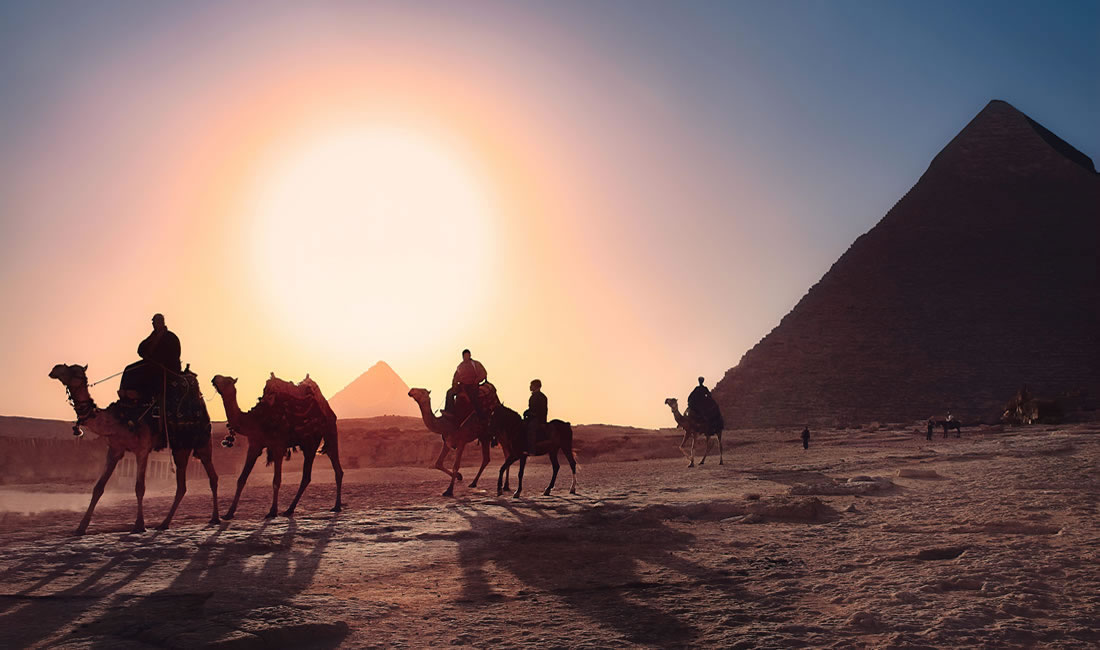 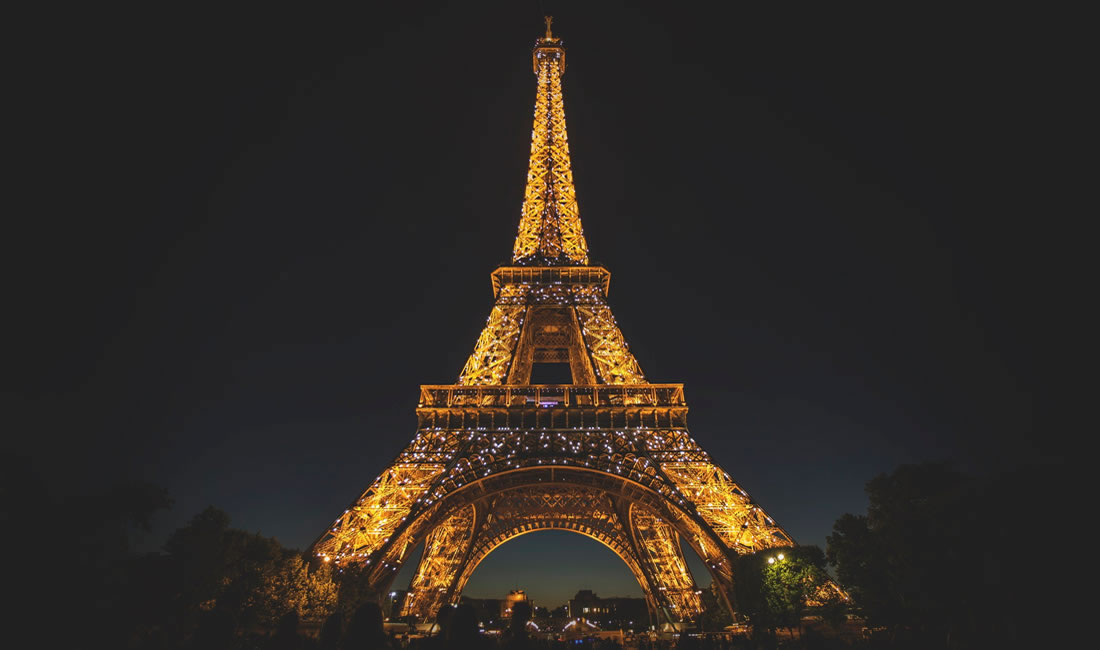 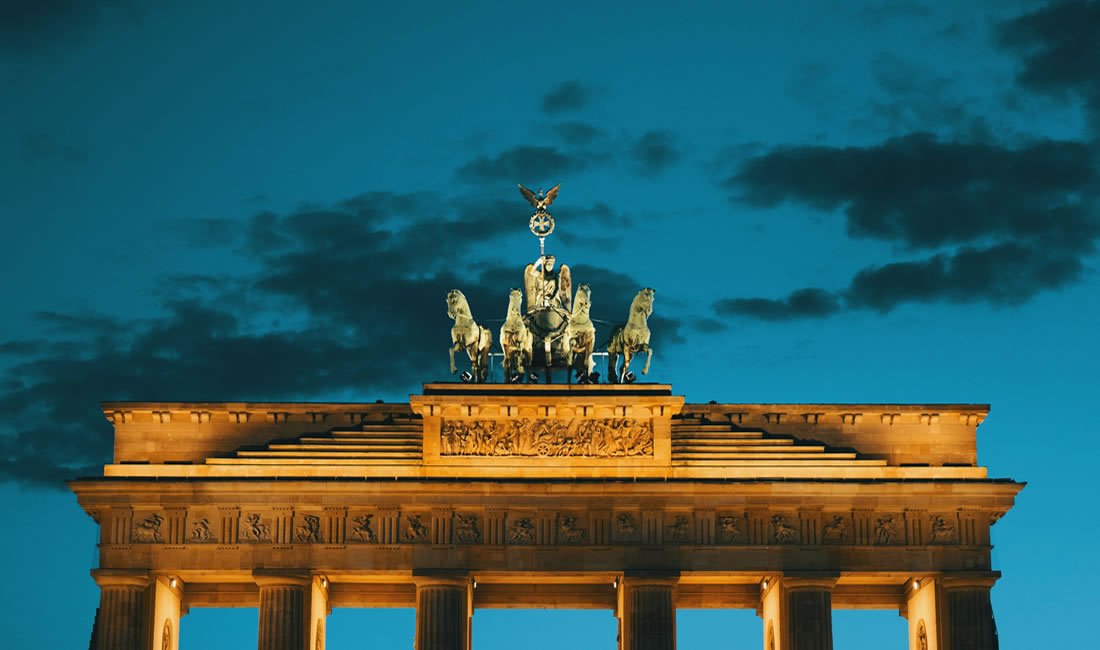 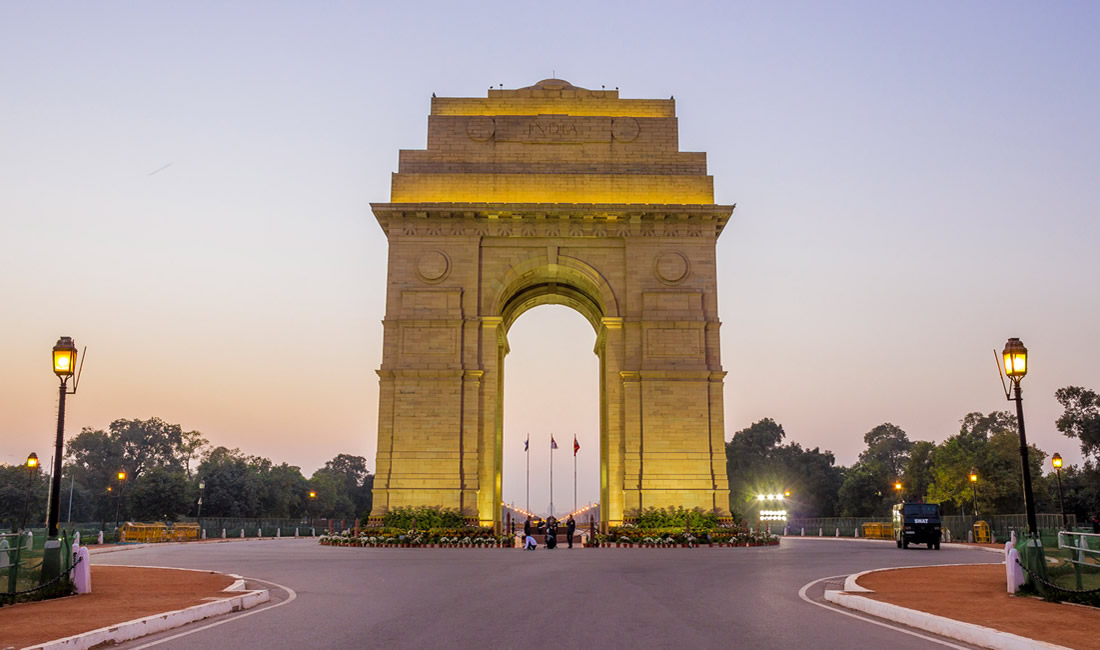 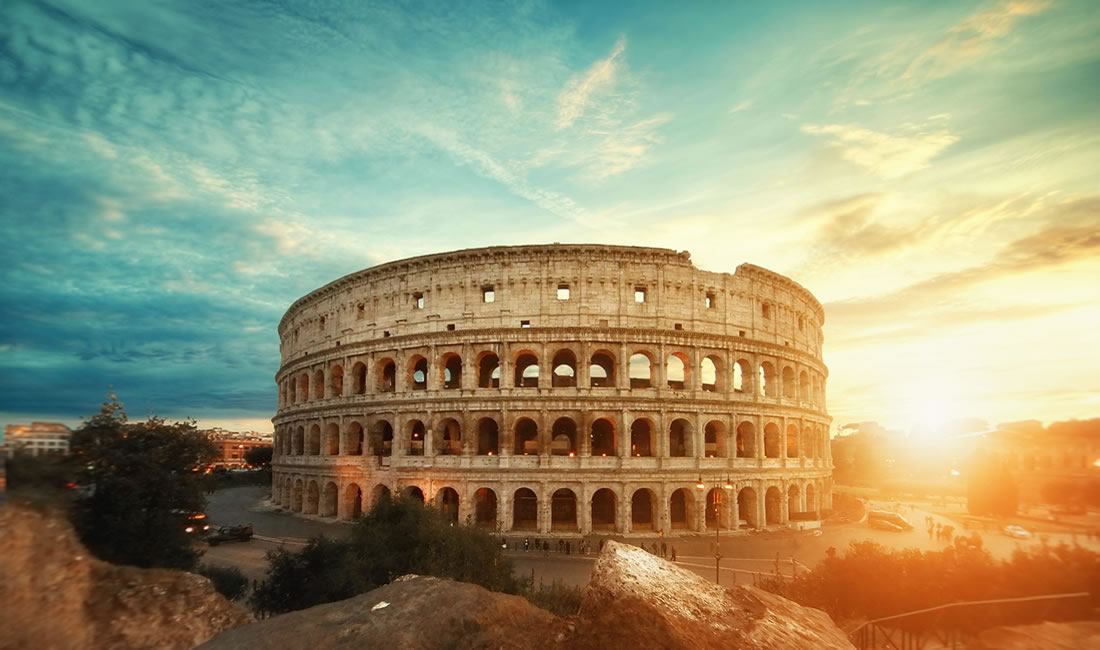 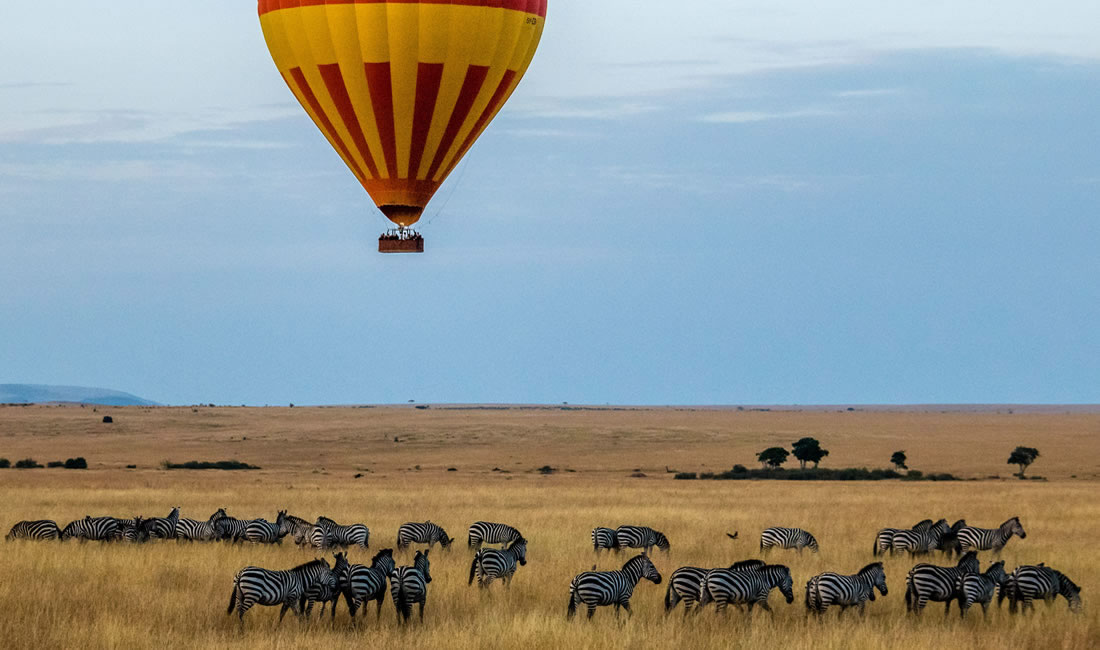 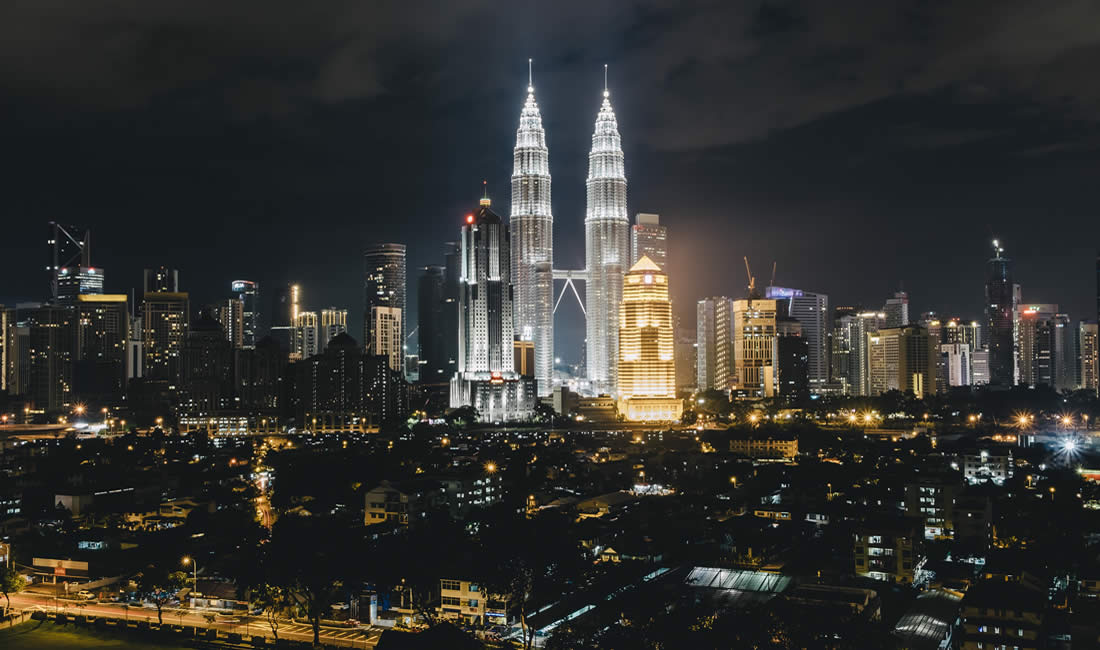 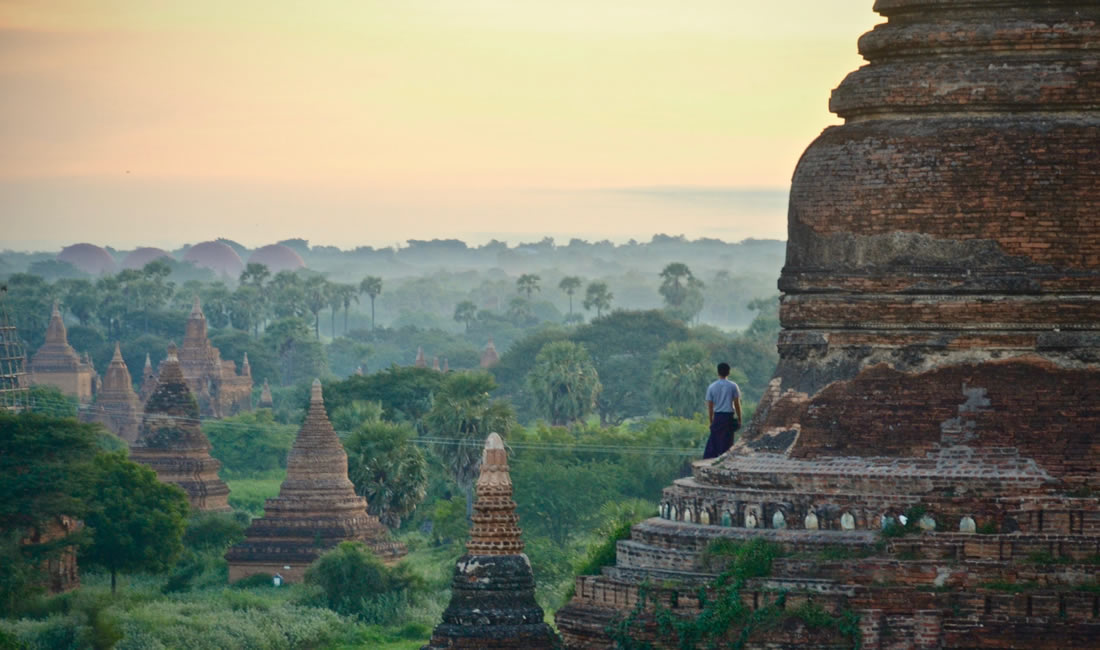 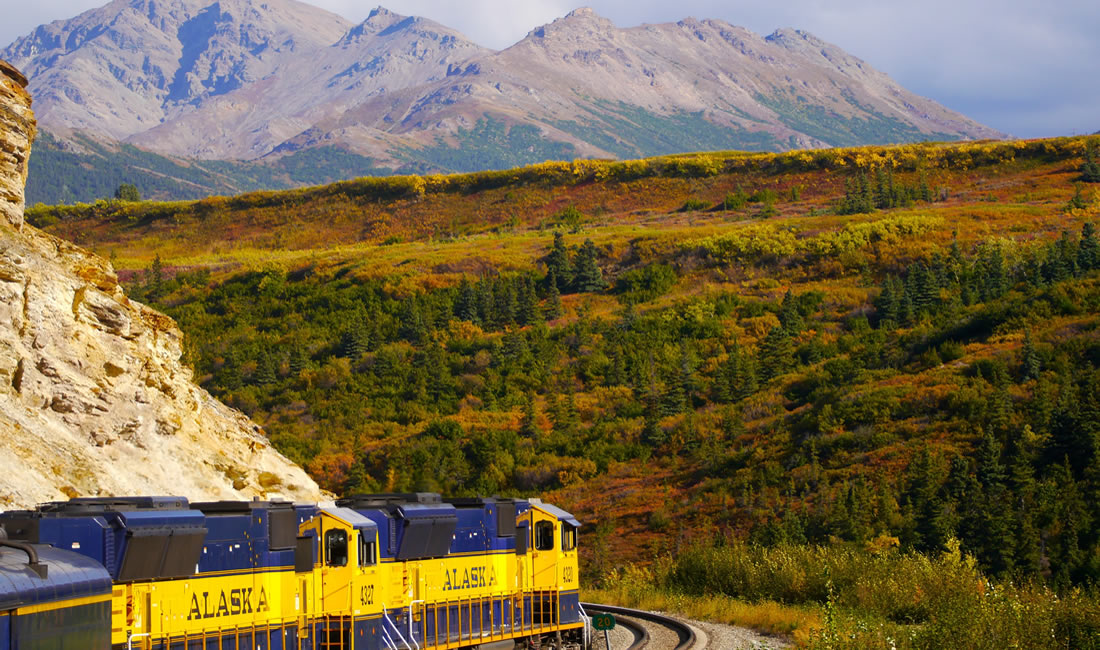 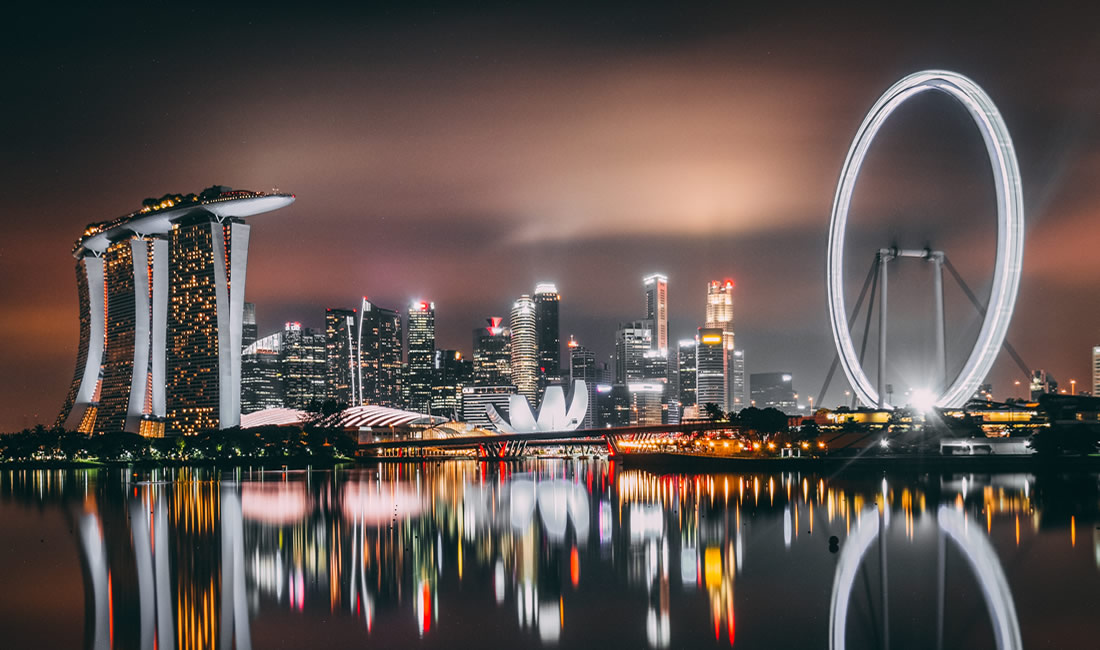 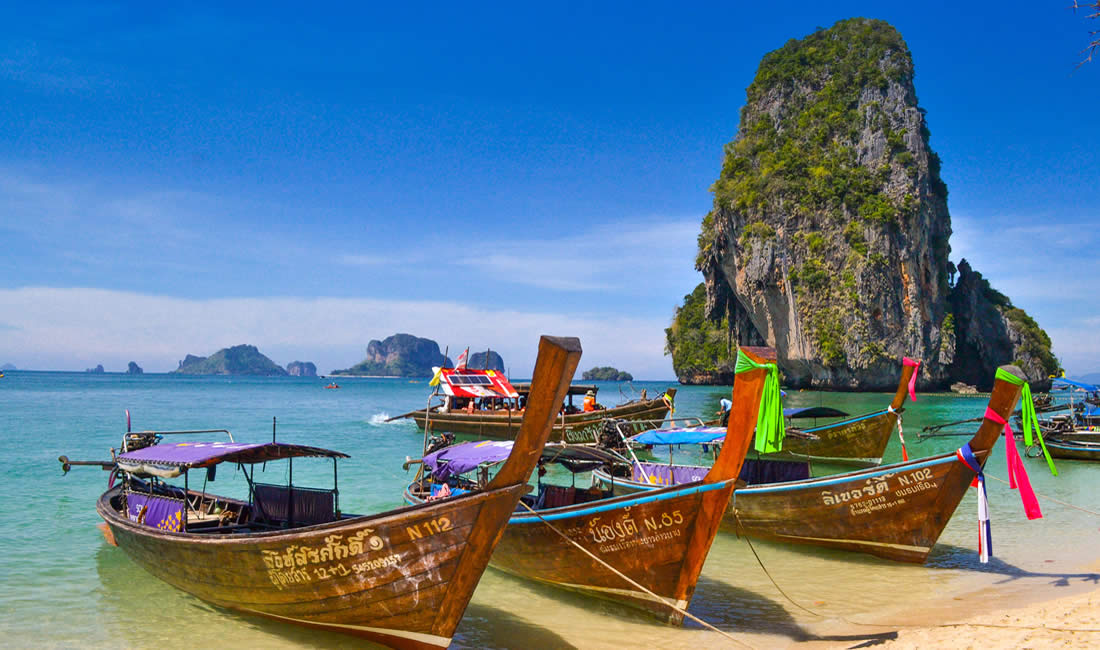 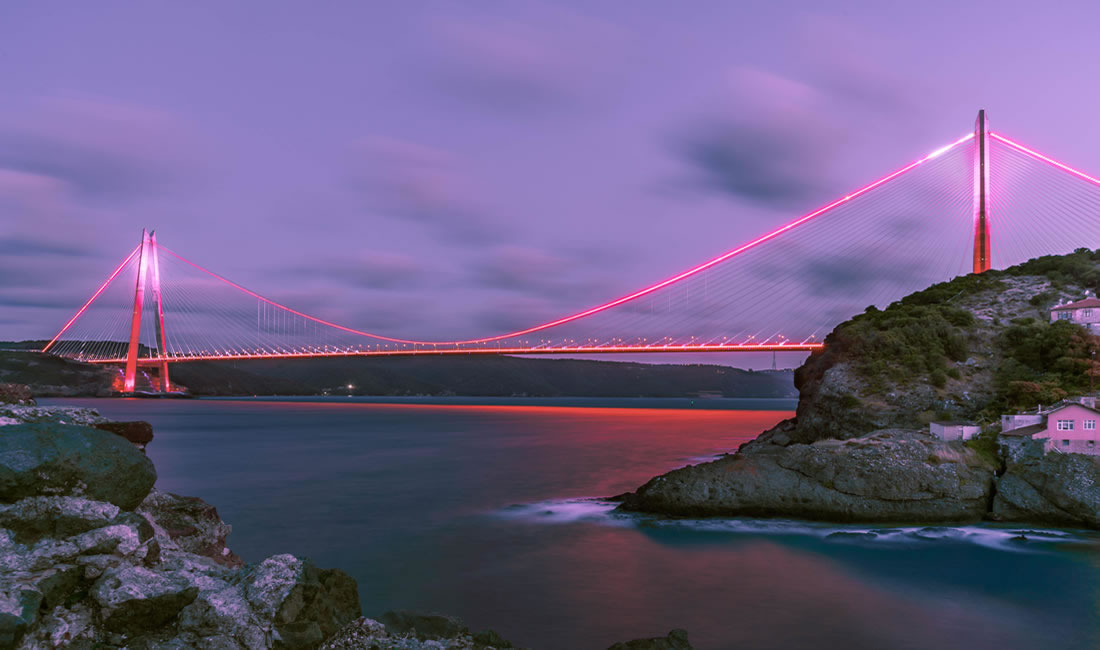 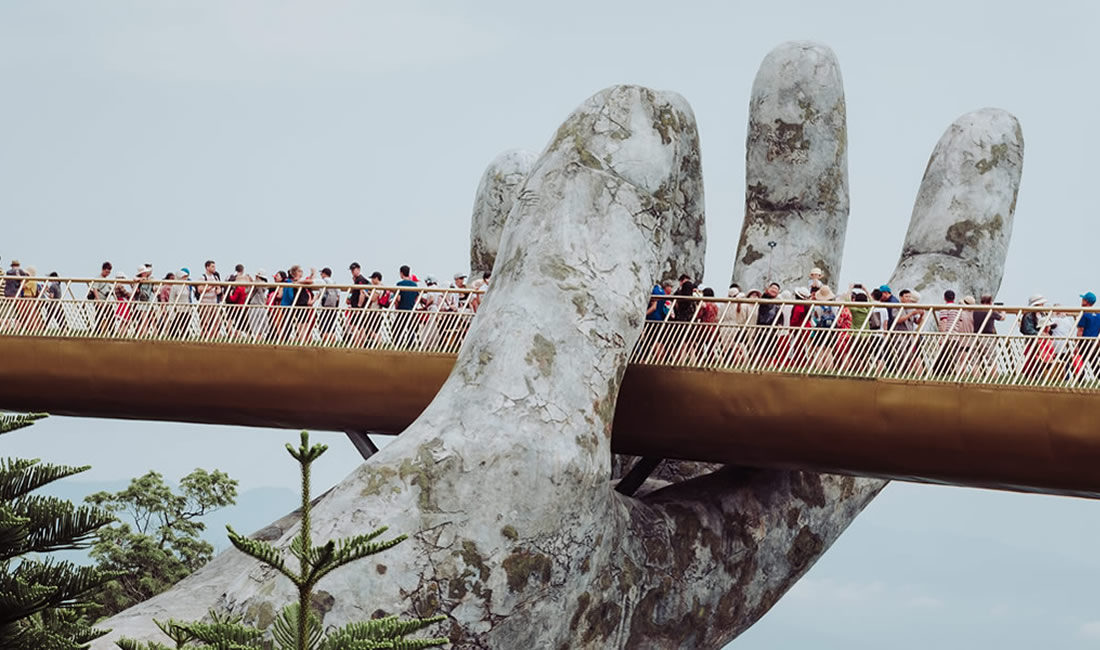